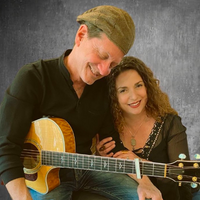 The Taylor Made Tapestry Trio!
In November of 2007, Carole King and James Taylor came together to perform a concert that celebrated the 50th anniversary of the Troubadour in West Hollywood. The concert was also a reunion of the two artists who performed regularly together in the early '70's. With the intent to pay tribute to this iconic musical event, Stephen Bock of the stellar tribute to James Taylor "Taylor Made" has joined forces with Carla Buffa of the popular Southern California Carole King tribute "Sweet Seasons" to re-create that very show that was performed at the Troubadour and happened to include the cream of the crop of each artist's vast catalog. You'll hear classic songs like "It's Too Late", "Fire and Rain", "I Feel the Earth Move", You've Got a Friend", "Up On the Roof" and many, many more.